in Highlands Life, Wine and Dine

In the Kitchen with Ben Bamford // BIRCH RESTAURANT

In the Kitchen with Ben Bamford: BIRCH RESTAURANT

When Ben Bamford was growing up in the tough working class streets of Manchester and the Midlands, he would never have thought he would end up as the Executive Chef of a hatted restaurant in Australia’s Southern Highlands. But life’s funny like that, isn’t it? And now Ben Bamford is the creative brains behind one of the regions’ biggest success stories, Birch Restaurant.

“My mum got me into food. She’s a great cook and such an inspiration. She’s a very strong lady, a hippy at heart and vegan for a long time. I just spent a lot of time around her when I was young and learnt so much.”

Trained in the hotels of the United Kingdom where the kitchens were filled with 70 chefs and a whole lot of noise and energy, Ben ended up in Australia 15 years ago, connecting pretty quickly with the Australian way of life and the burgeoning food scene here. 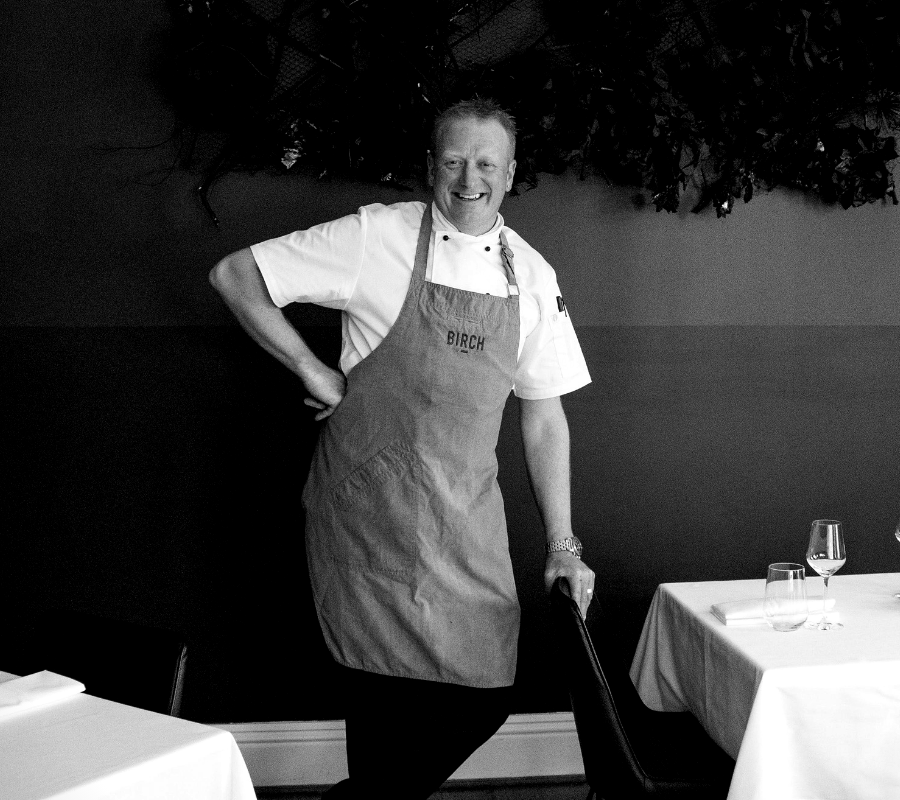 “I worked with Spencer Patrick there who was trained by Marco Pierre White,” Ben recalls.

“It was such a fast pace. The restaurant seated 40 and we would cook for 200 people a night. That’s how busy it was. It was hot, humid and stressful – imagine how hot an open kitchen in the tropics can get!”

Ben and his wife escaped to the cooler climes of the Southern Highlands and in 2018, Ben took over the reins at Birch Restaurant. Cheers to that, we say! 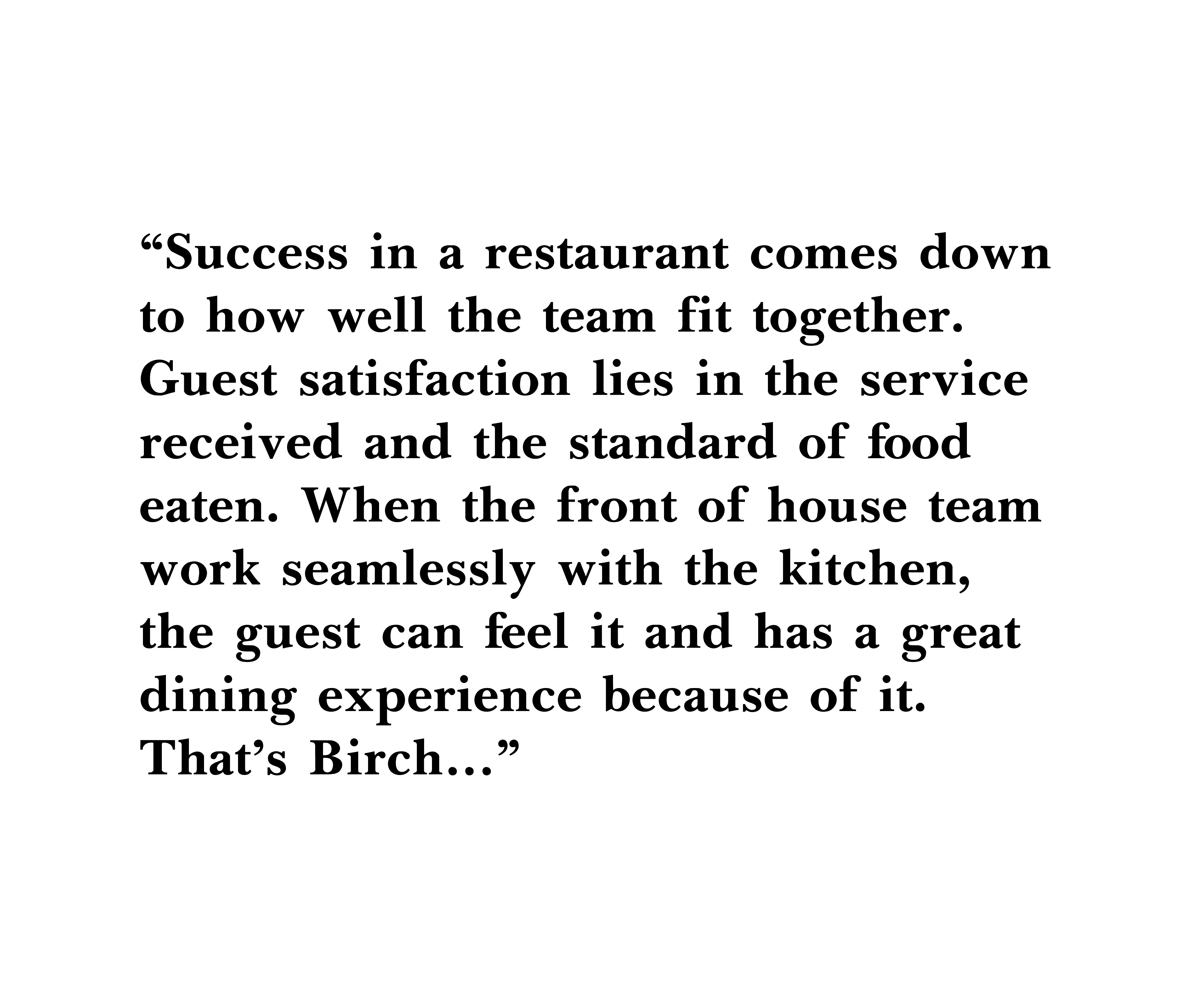 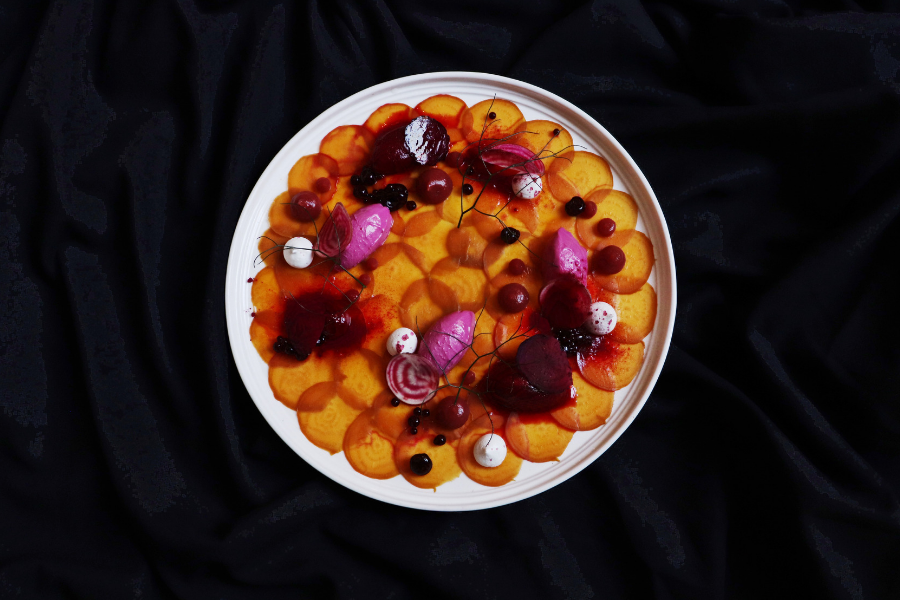 FAVOURITE DISHES TO COOK AT BIRCH

“Another favourite is the Archie Rose gin cured salmon. We actually went to the Archie Rose Distillery, did some taste testing and hand-picked the gin we use for the dish. That was a good day!”

“I think it’s instilled in me to create dishes from whatever I can get locally. Local produce always tastes better than something that is what I call supermarket standard. If the taste is there, you’ve got a lot to work with.”

“I believe sustainable local produce is a fantastic thing and it’s so on our doorstep here in the Highlands.” 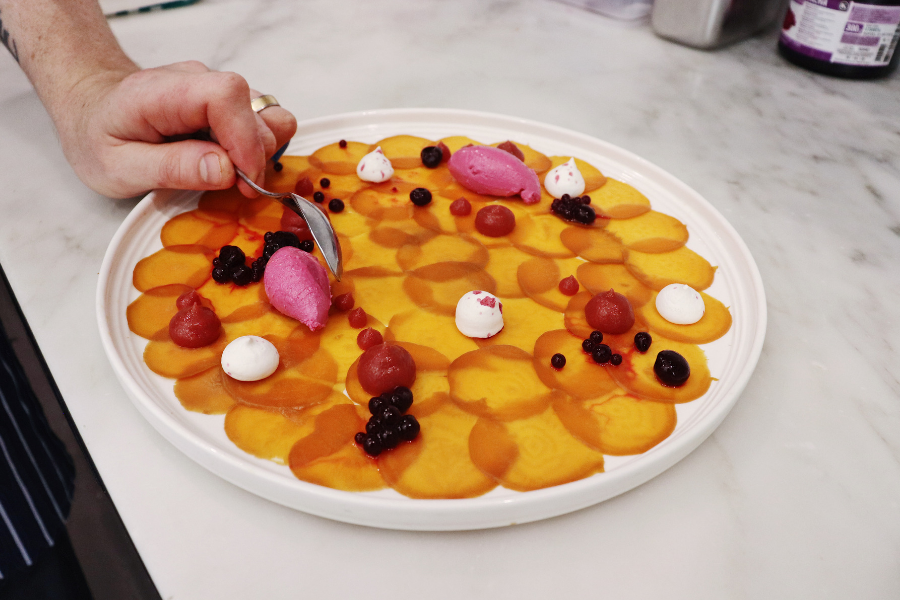 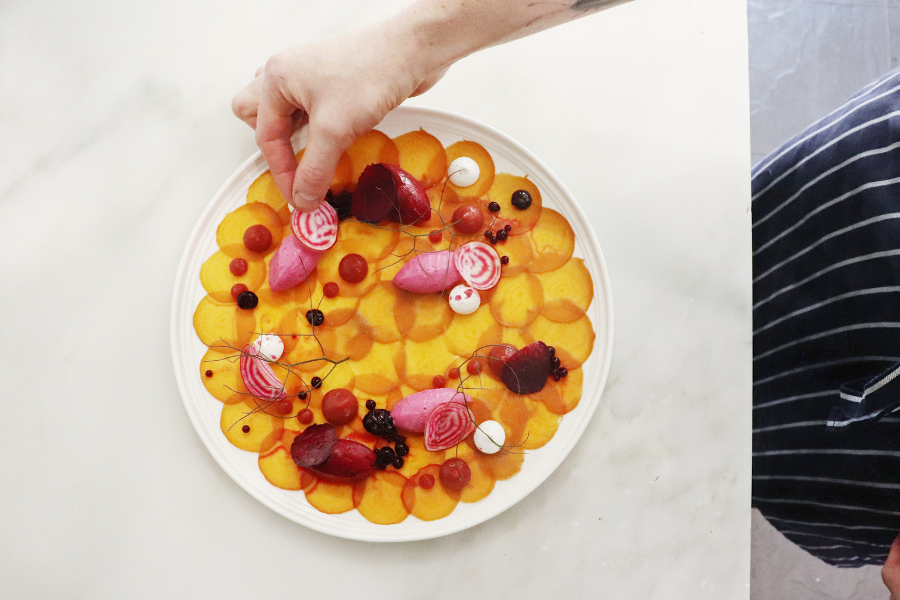 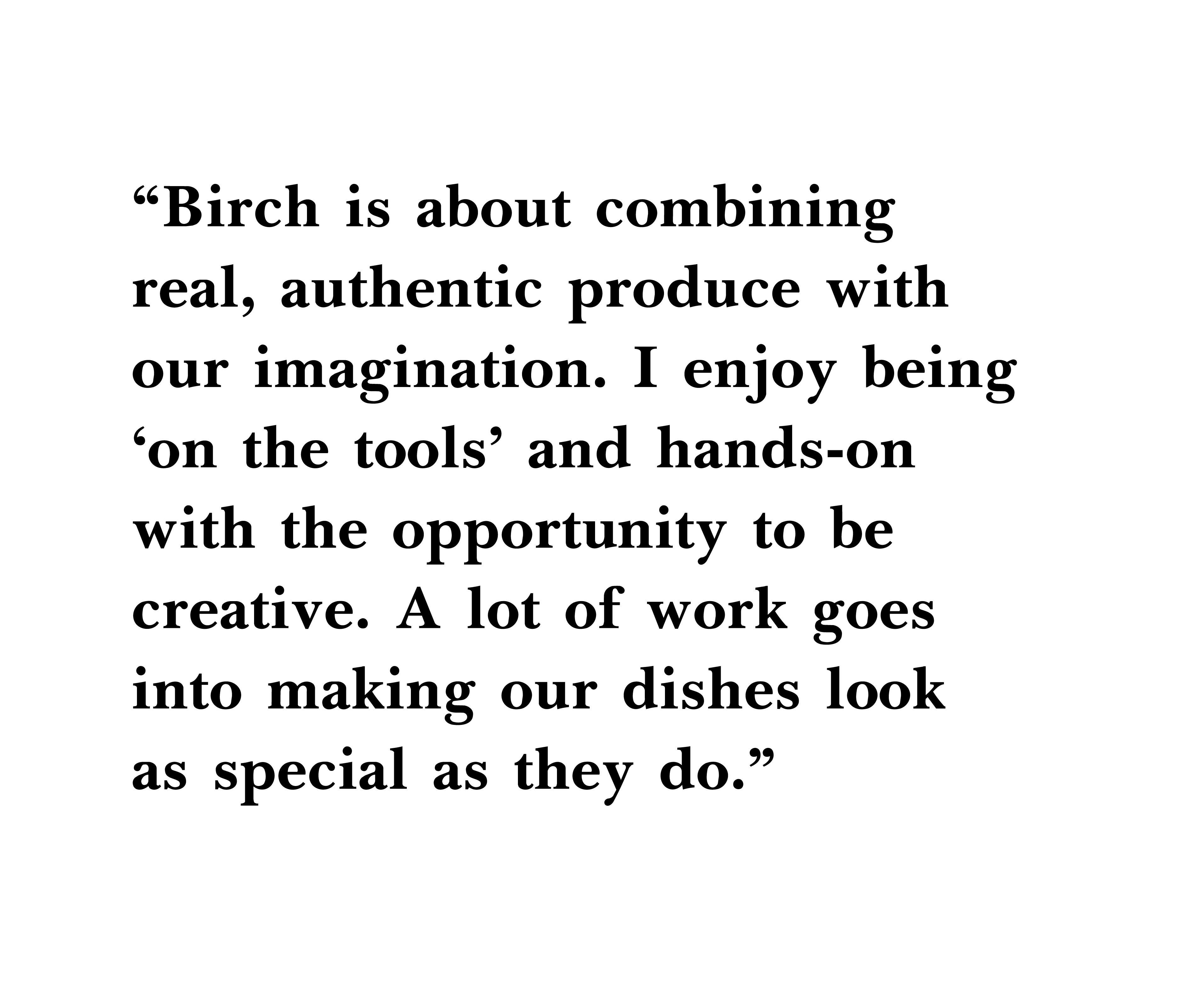 “We source beetroot from three local farms – Brillig Farm, Living Earth Farm and Piccolo Farm. It’s important to support boutique farmhouse family businesses and micro-growers. It’s their life, they need to produce a good crop to survive so they take a lot of time to focus on their produce. They really pour their heart and soul into what they do. And it shows in the standard of their produce.” 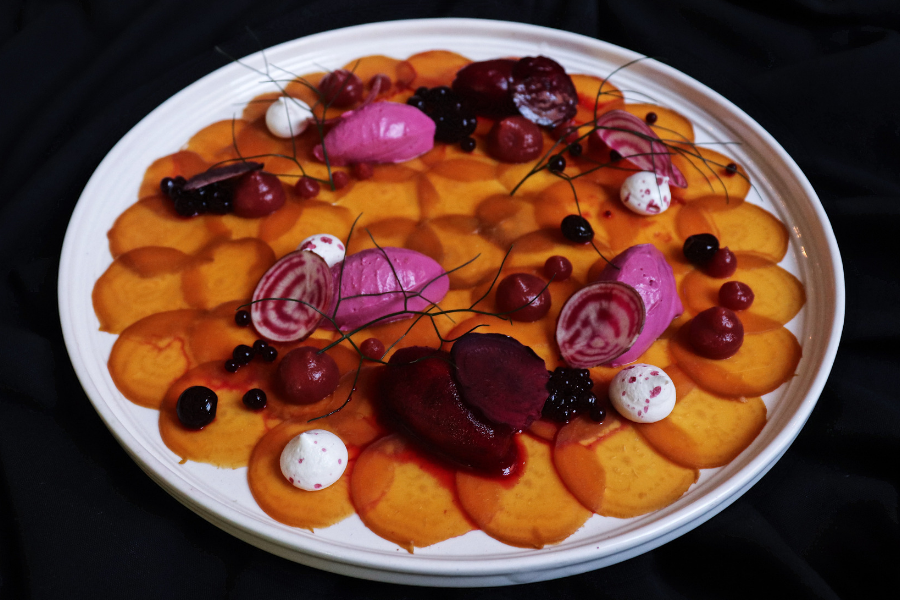 EXPLORE // Rock Climbing at Tallong
in Adventure
November 07, 2019
EAT & DRINK // Open For Business
in Wine and Dine
May 19, 2020
What’s Happening In The Highlands Food & Wine Scene
in Wine and Dine, News Hub, Getting Out And About, Highlands Life

Well, it’s been one helluva year so far, and we’re only halfway through it. Although it actually feels like 2020 has been three years long already, right?  As restrictions start to ease, the food and bevvie businesses of the Southern Highlands are starting to see a light at the end of a tunnel that managed t...