Local building company Cadence & Co took one look at the enclosures and knew what they had to do......

Kerstin Schweth and her husband, Woody knew as soon as they laid eyes on a property in Robertson that it would become their home.

“We were on a motorbike ride to the Snowy Mountains and went through Robertson, saw a property for sale and fell in love with it. That was back in 2006 and now it’s where our Native Wildlife Rescue service is based,” Kerstin explains.

Rescuing poorly animals wasn’t new to Kerstin and Woody. Before they moved to the Southern Highlands, they looked after injured birds and possums in Sydney.

“But when we moved here and after doing a venomous reptile course in the Highlands, we wanted to get more involved in wildlife rescue,” says Kerstin.

The couple initially did the course to prepare themselves for living with their slithery friends on their land, but were so taken with the challenges these reptiles face, they offered assistance and started to help rescue injured reptiles which expanded to looking after injured flying foxes, bats, kangaroos, koalas, wombats and more. 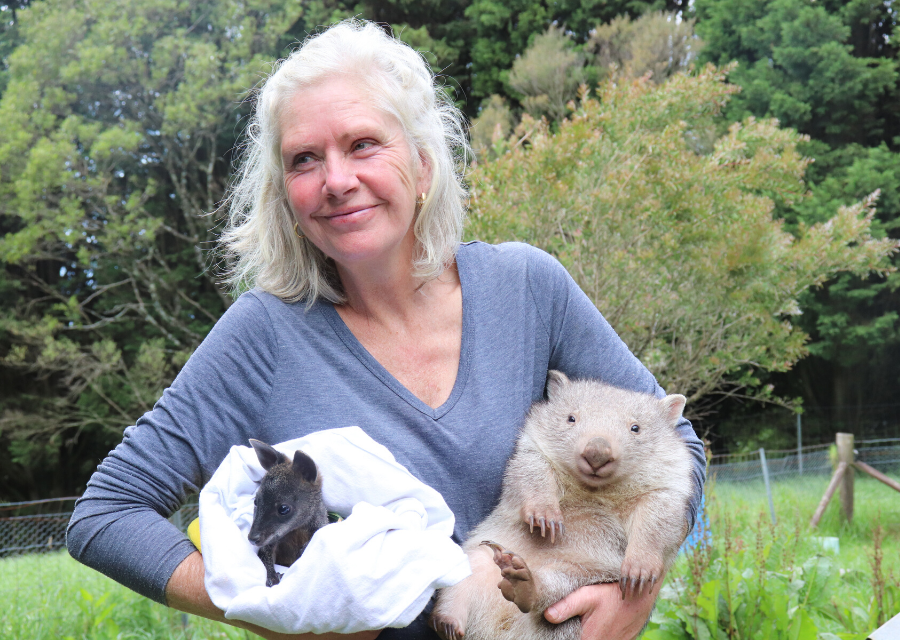 The injured animals were housed in a rundown enclosure that was used by the previous owner as a chicken coop.

“I converted it into a simple enclosure and left the other outbuilding untouched – we just didn’t have the time and resources to get to it,” Kerstin explains.

After the fires, there was an increase in the number of injured animals which put pressure on their minimal resources to house them and look after them while they healed.

“That’s when Cadence & Co got in touch with us. Director Joe Proud came out and had a look at our enclosure and within days we had a team of people onsite building us a new enclosure!” Kerstin says.

The Cadence & Co team swung into action and within days, Joe and his apprentice Jess Gardiner were onsite knocking down the original enclosure. An excavator rolled up on Tuesday and then on Wednesday, a team of workers from the Cadence & Co offices turned up, rolled up their sleeves and built new enclosures for Native Wildlife Rescue in three days!

How amazing is that! 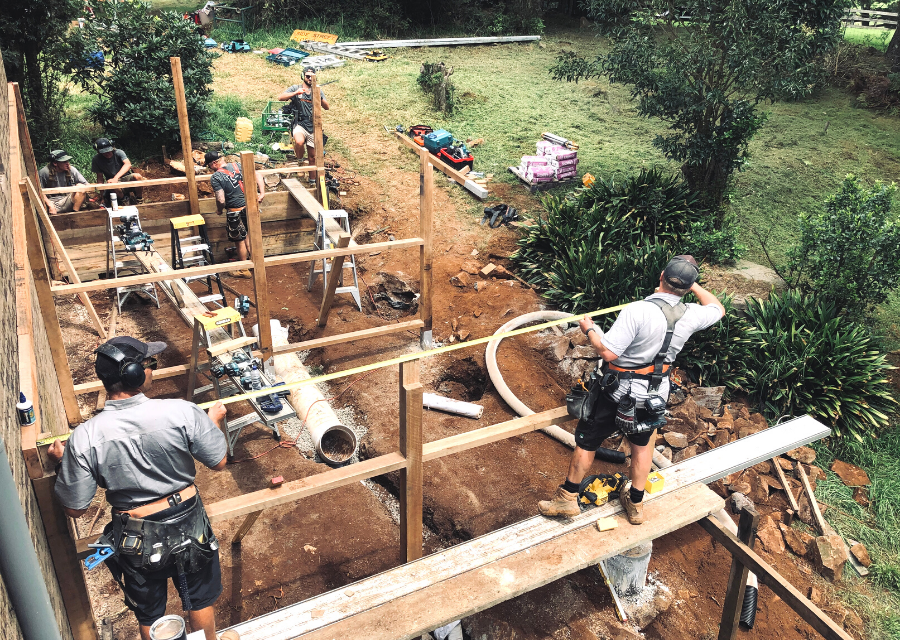 “What they did and how they did it was so heart-warming,” Kerstin says.

“The way they all got involved so enthusiastically, and their interest in our wildlife and what we do, it was so touching. I was close to tears a lot!”

Now Kerstin and Woody can house the injured animals in their care in an amazing compound.

“The best thing is the flexibility,” Kerstin says.

“I can use it as a large enclosure or two separate ones. Some animals have to be kept separate so having this option is great.”

“We now have a pipe running between the two compounds, the wombats can run from one to the other via a tunnel. I can house koalas and have another section closed off for the flying foxes. It’s fantastic.” 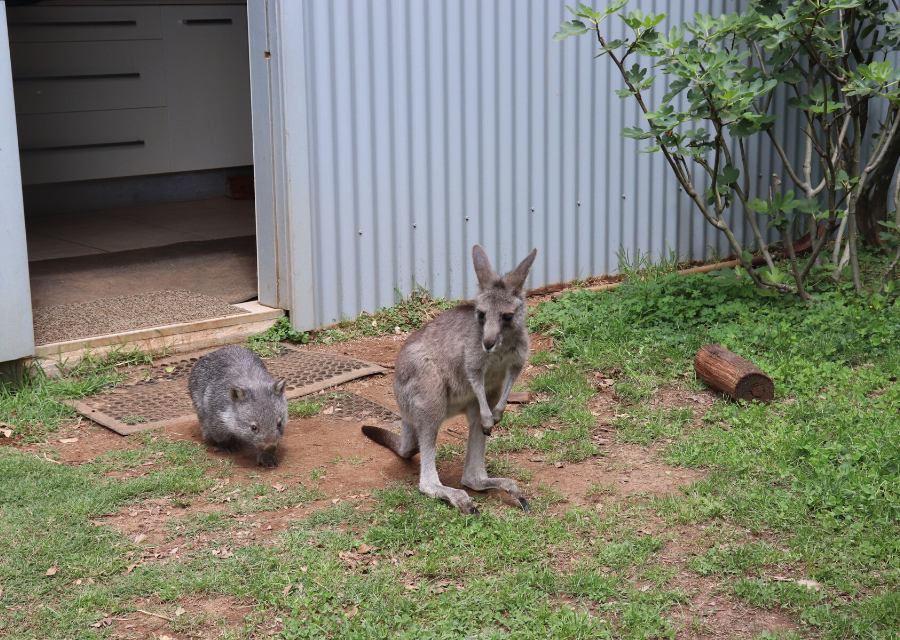 But Cadence & Co didn’t just stop there! While they were at the property, they noticed the kangaroo enclosure fencing was looking a bit worn.

“The fencing was ten years old so needed to be repaired. We just didn’t have the time and funds to do it, so the team from Cadence & Co rolled up their sleeves again, got in there and repaired it all for us,” says Kerstin.

Now, Kerstin and Woody are in a better position to care for injured wildlife than they have ever been.

We have been here for 15 years and this is the very first time a business has stepped up to give us a hand like this. We’re so grateful,” Kerstin says. 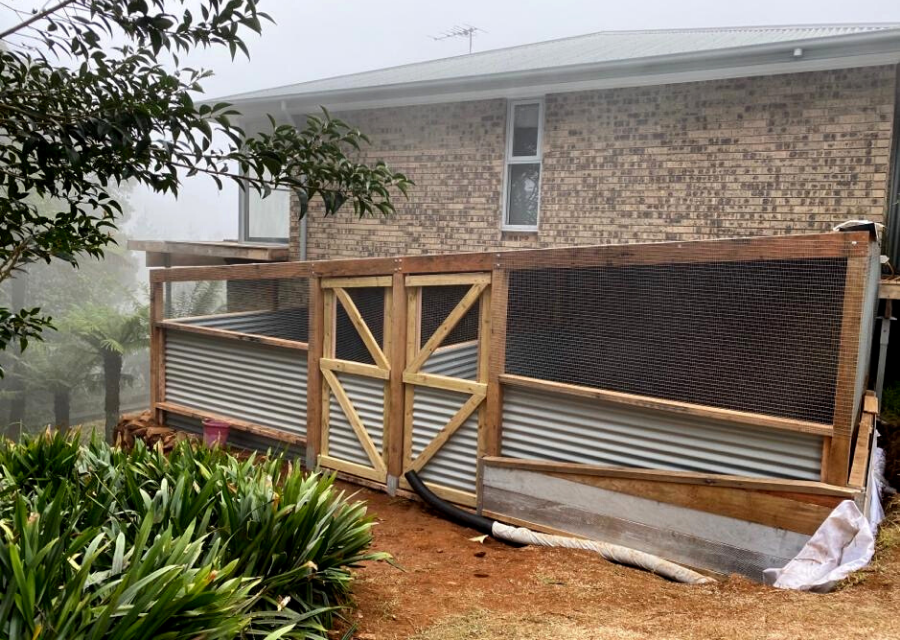 So amazing, right? We love it! Big shout out to Cadence & Co for co-ordinating this brillant project!

Sunday 6 September is when we celebrate Father’s Day this year! Dads, grandads, stepdads, father figures and funcles – whoever it may be. Find the perfect way to say thank you to the wonderful guys in our lives with The Fold’s Guide To Father’s Day In The Highlands.      DRINK It’s pretty hard to go ...

August 24, 2018
WINTER WARMERS // By The Open Fire
in Wine and Dine, Getting Out And About, Highlands Life
June 01, 2020
Where to get face masks in the Southern Highlands
in Family, Highlands Life, Health and Beauty
August 05, 2020