FLIGHT OF A LIFETIME // From the Highlands to Antarctica

We’re all missing travel at the moment, especially the sort of travel that creates amazing memories and experiences, right?

So while planes are grounded and borders are closed, we can live vicariously through other people!

We caught up with local Lachlan Souter about a very cool opportunity he had to fly over Antarctica on a research trip while he was in Year 12, thanks to a collaboration between Southern Highlands Christian School and University of Wollongong. 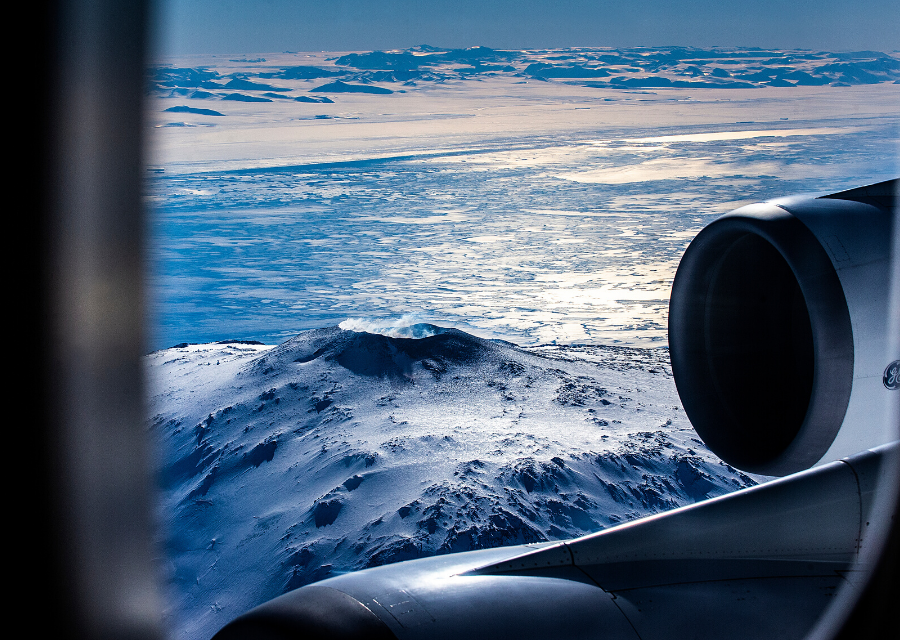 1 // How did the opportunity come up to take part in this research trip?

One of my teachers, Mr Lee,  Head of High School at Southern Highlands Christian School at the time, had some connections with researchers at the University of Wollongong. He’d previously organised for another student from our school to do some collaborative research with the Centre for Medical Radiation Physics at UOW so already had a network established.

Mr Lee recognised I had an interest in this area and asked if I would like to participate in gaining some experience in research in the Physics space. He referred me to Professor Anatoly Rozenfeld, who is a Distinguished Professor at UOW and Director of the Centre for Medial Radiation Physics.

I spoke to Anatoly and talked through what I was interested in and what sort of research experience I would like to get. I was in his office one day and he asked if I would like to go on a research trip to Antarctica.

UOW have designed and built a new piece of equipment called a microdosimeter, which is a small instrument that measures radiation. We wanted to use the new microdosimeter that had been developed to measure the impact the earth’s magnetic field had on radiation flux.

We had a screen set up on the plane which gave us a visual representation of what the particles were doing. As we got closer to the South Pole, we were finding the particles were higher in energy. We expected a correlation between altitude and the amount of radiation, but oddly, latitude and longitude didn’t really affect it as much as we thought it would.

3 // From a personal perspective, what did you want to get out of the research trip?

For me, it was about using the instruments and familiarising myself with them. While the purpose of the trip was to test the microdosimeter and collect some data about radiation levels, Anatoly was also keen to show that this level of research can be explained to and done by a High School student. There was an educational purpose too.

4 // Tell us more about the trip itself.

I met up with the other UOW researcher at Sydney Airport and flew to Hobart. We stayed there overnight, then flew to Melbourne the next day. Next, we got onto a 747 and started the 14-hour round trip to Antarctica. It’s actually designed as a sightseeing flight, but there were plenty of people on board interested in what we were doing.

The airline was nice enough to give us a bulkhead seat, which meant we had plenty of space for our equipment although the photographer’s equipment took up more space than the research equipment!

At one point, a school group on board came over to watch what we were doing and the Associate Professor I was with talked them through instruments and the purpose of the research.

We didn’t go right over the South Pole, but we got pretty close! 14 hours after we took off, we landed at Hobart Airport.

5 // How did this experience in high school impact your career and study choices?

For a long time, I’ve wanted to get into research but prior to going on the Antarctica trip, I thought the level of education I needed to get into that world was out of reach. But now I see it’s actually an achievable career path and was also the major reason why I decided to study at UOW when I finished at Southern Highlands Christian School.

I’m now doing a Bachelor of Medical and Radiation Physics Advanced (Honours) degree. I had connections at UOW and knew the researchers there, so it was a natural next step to take.

CULT FOLLOWING // Where To Find Fermented Foods In The Southern Highlands
in Eat and Drink
July 14, 2021
BEHIND THE BIZ // Station Street Dental
in Health and Wellbeing
July 28, 2021
14 Things You Can Do To Support A Local Biz This Month
in Entertainment, Getting Out and About

How You Can Help Keep The Doors Of A Southern Highlands Business Open   It’s a crazy confusing time at the moment and another four weeks of lockdown for our neighbours in Greater Sydney and the Illawarra isn’t helping things for our local businesses. But, let’s look on the bright side and remember this is te...