in Adventure, Getting Out And About, Walking Adventures

Combine your love of the outdoors with a bit of history on the side at Berrima's River Walk.

With the recent closures of parks due to bushfires, its been difficult to find places to explore in our beautiful Southern Highlands BUT there is one little gem that has remained open. So I kidnapped the parentals and off we went - a group of intrepid adventurers ready to discover the secrets of the Berrima River Walk. 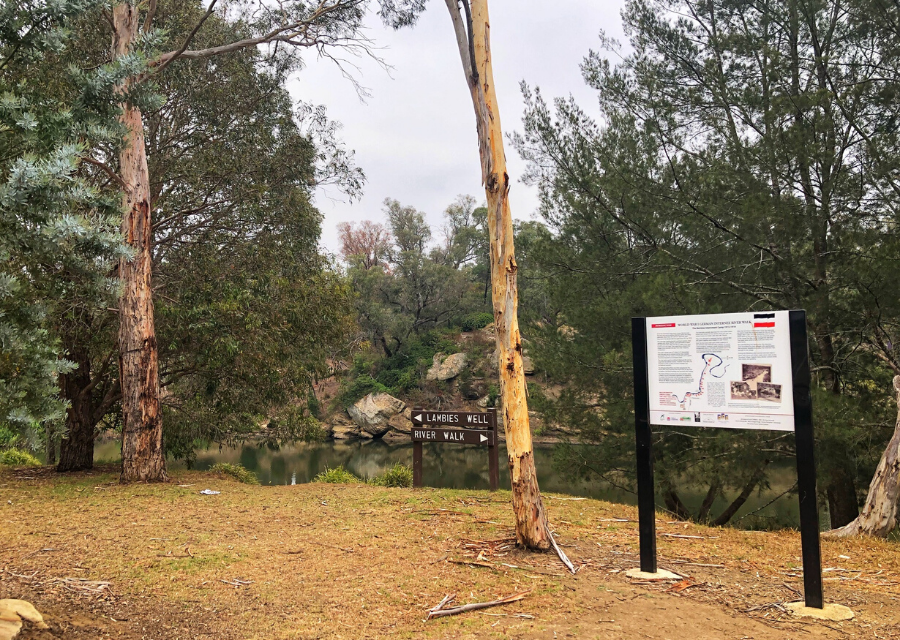 The walk starts at the Berrima River Reserve Campground which is tucked in behind the town - you can access it via Oxley Street.

It winds its way along the Wingecarribee River and is the site of a World War 1 Internment Camp so you end up exploring our beautiful bushland and get a history lesson all at the same time! 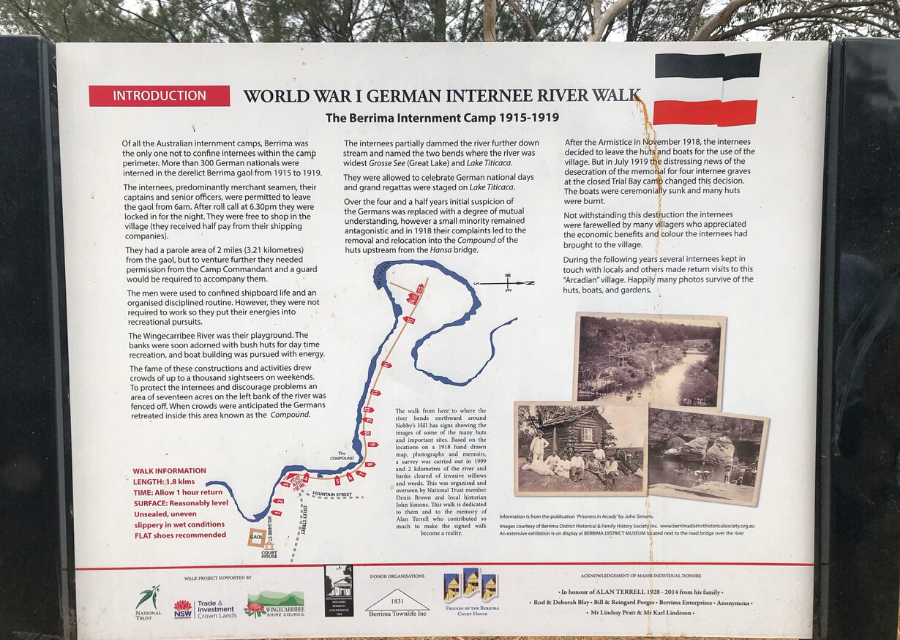 We had an absolutely wonderful walk, spotting lots of lizards and birds along our way - the wildlife is definitely abundant! The river was low but still quite twinkly and clean. We stopped sooooooo many times to sit and watch the rustling of the reeds along its banks. We finally found something green to look at - hooray! 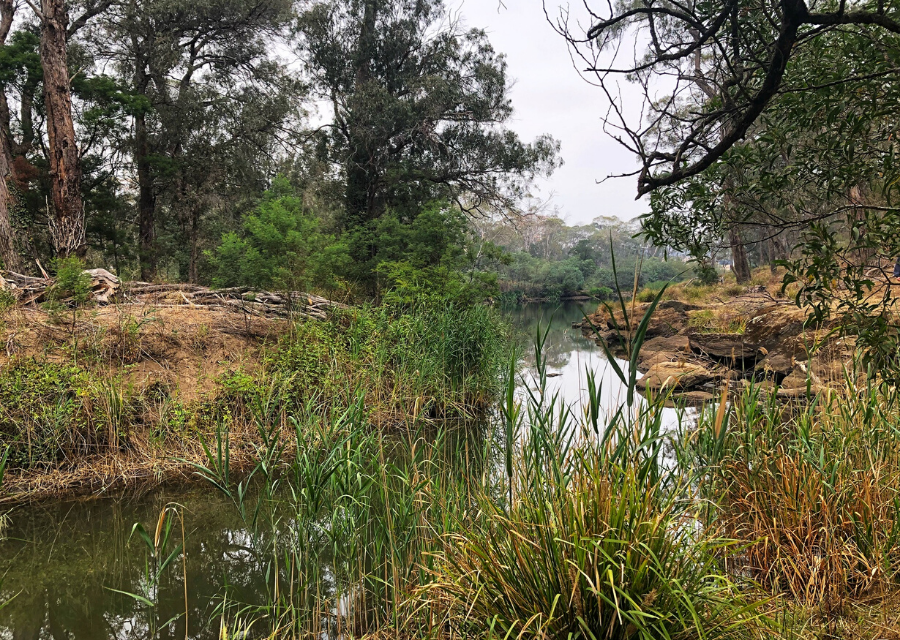 We ran into families taking their fishing rods out for the afternoon or couples enjoying the fresh air (YES FINALLY!). We stopped and read every sign post that marked the location of an old hut, a pontoon, a watch tower or other little structure that had been built by the internees during the First World War. It was fascinating reading about their lives in the camp but also to see the relics that have been left behind - footings of buildings, old metal drums or thick steel doors are just some of the remnants you will come across scattered through the bushland. Other than these little clues of a world left behind, Mother Nature has totally reclaimed the landscape. We had so much fun looking at the pictures and trying to figure out the landmarks of where the buildings had stood.

We got totally carried away in our investigations and the walk probably took us much longer than most people would likely take, but we channelled our inner history nerd and got wrapped up in the century old story Berrima River Walk tells those who walk it. 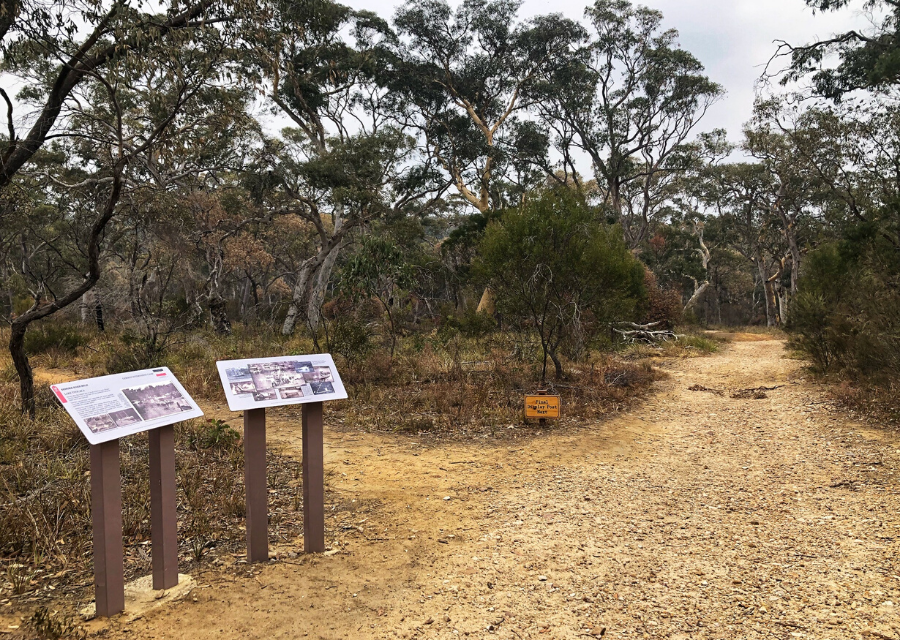 There are some great pictures of the structures the internees built from all different kinds of materials - stone, tin cans (that was seriously cool!) and logs - they were an ingenious bunch!

The rest was up to us and our imagination. We chatted through what their lives would have been like back in 1915 - 1919 and came to the conclusion that is would have been very hot and very hard. 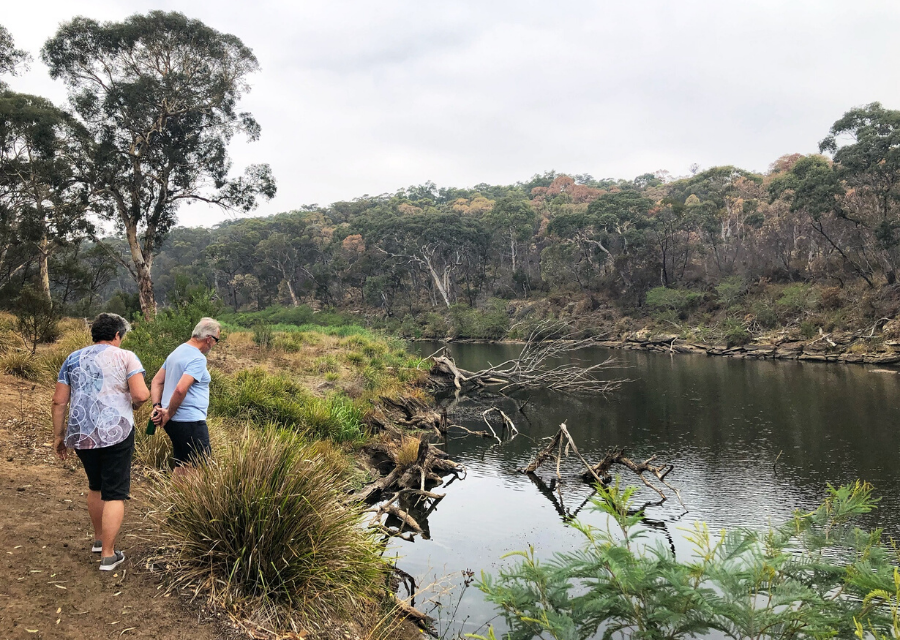 Berrima River Walk is a mostly flat track just under 2 kilometres long. It took us a bit over an hour - remember we stopped and read pretty much everything along the way! - so very much achievable for all ages and fitness levels.

It was just so wonderful to get outdoors again even if only for a short walk and really soak up some beautiful scenery tucked in behind Berrima that most people aren’t even aware of - not to mention the history that goes along with it! 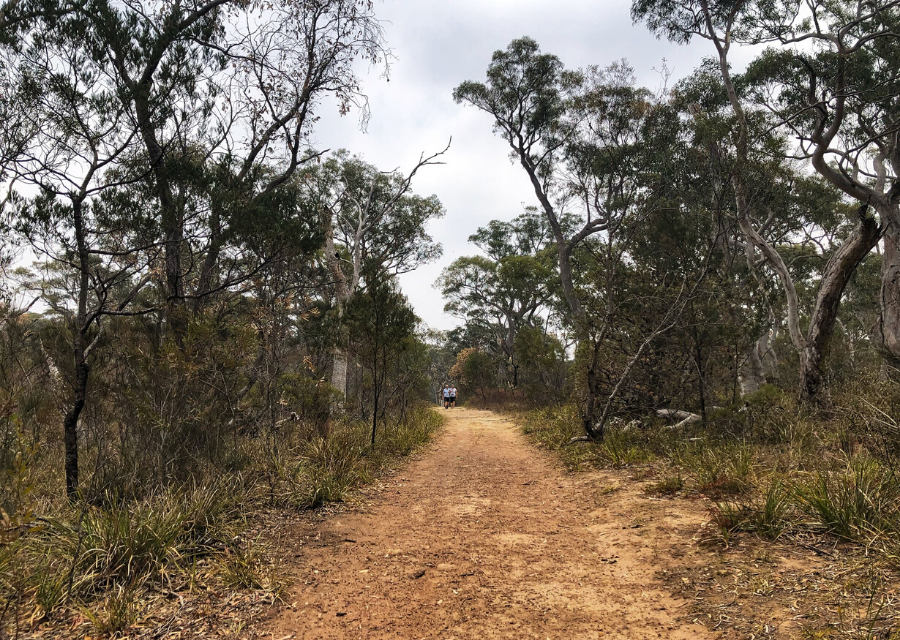 Local cafes that are set up to keep kids busy and you caffeinated!   Have you ever seen the Kitty Flanagan comedy skit about kids and cafes?? “I know kids don’t like coffee shops. Do you know how I know that? By the way they’re always crying and screaming!” It’s funny, right? Until it happens to you! Th...