in Animals and Pets

Everything You Need To Know About Having Chickens

With beautiful, big blocks and plenty of homes on acreages in the Southern Highlands, it’s no wonder we channel our inner Hugh Fearnley-Whittingstall (the River Cottage dude for those playing at home) and see how self-sufficient we can be.

Picking rosemary from your herb garden, roasting vegetables harvested from your very own veggie patch and collecting eggs from the chicken coop in your garden….living the country dream, right?

Well sure, but it’s not all unicorns and rainbows. Especially keeping chickens. They are awesome, but they do need a bit of dedication and commitment.

We caught up with local vets, Charlie Carter and Chris Watson from Southern Highlands Veterinary Centre to get some facts on keeping chickens. I mean, we wouldn’t want you to fowl it up….! 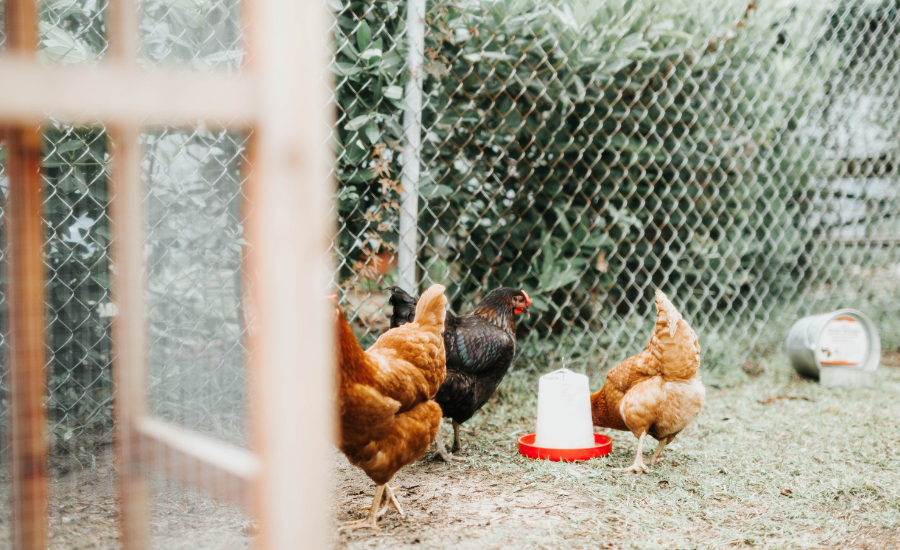 Not all chickens are created equal

Some chickens are pretty – you know the feathery, floofy type! Some are good layers. And some have a face only a mother hen can love. Before you buy your chickens, think about what type you would like. Is it all about the eggs? Or about the looks? If it’s eggs and extra laying power you’re after, Australorps are the go-to chicken and thrive in spacious conditions. Rhode Island Reds are easygoing and good for newbies to the chicken keeping world. Isa Browns are also good with some starting to lay from only 16 weeks.

Now it can get a little wintery here in The Highlands so breeds like the Australorp and the Silkie with their extra plumage are good choices for this area. Silkie’s like sitting on your lap, so you can kill two birds with stone – in a manner of speaking – and use them to keep yourself warm too!

Chickens will only have three good productive years of laying

Chickens will live 8 – 10 years but will only have three, good years of laying. They’re a little like us humans and will only produce eggs (or children in our case!) for a limited period of time. Your hens won’t necessarily stop laying after three years but they will lay fewer as they get older. Daylight is an important contributor to egg production. Chickens need 14 hours of sunlight to lay an egg (isn’t that amazing?!) – so don’t be surprised if egg production drops off during winter. 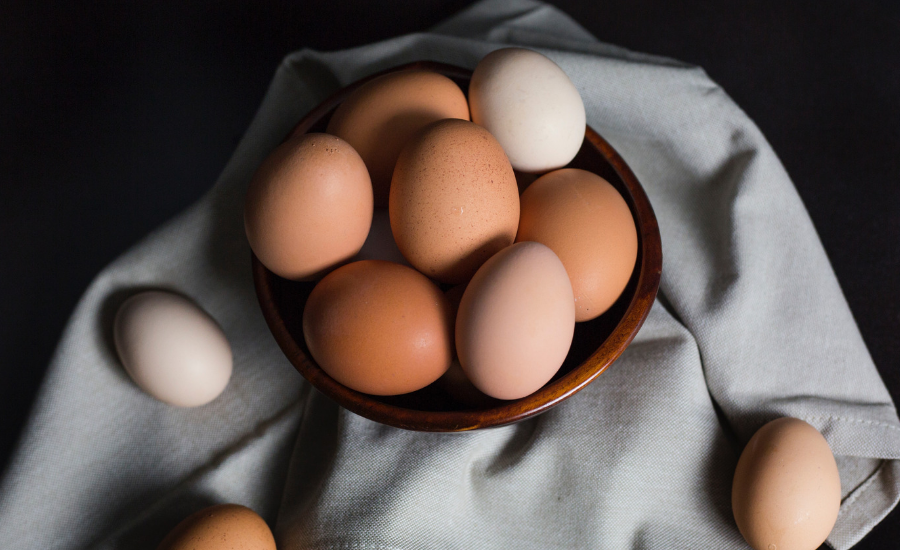 Chickens are great to have around as they can help minimise waste by taking care of your leftovers! But make sure their diet isn’t all table scraps. To maximise egg production, chickens need lots of protein to keep their egg supply up and a balanced diet made up of quality chicken feed – mash, pellets, crumble – and a variety of veggies and table scraps. Not sure which chicken feed is best? Check with your vet to see what balance will work well for your girls.

“Grit is also good so be sure to grind up any leftover egg shells or get some store-bought grit and feed it to the chicken,” says Chris.

“Grit helps the digestive system and gives the chickens a calcium boost which contributes to the strength of the eggshells they produce.”

Never feed chickens avocado, uncooked beans, potatoes, choccie (who has leftover chocolate, anyway???), onion, garlic and rhubarb. These are toxic and will make them super-sick.

Ever heard the saying Birds of a feather flock together? Well, that’s not necessarily the case if you’re keeping chickens and ducks. Chickens have strong guts and eat most foods without issue, but a duck’s digestive system is a little more fragile.

“I have seen a case where a duck developed botulism due to poor water quality and contaminated feed. This is invariably fatal, so I would advise keeping chickens separate from other water birds,” Charlie says.

It’s no secret foxes are big fans of chicken and there are plenty of them in The Highlands. These sneaky little buggers will pretty much stop at nothing to get to the chickens if they’re hungry. So what can you do to keep your girls safe?

“Foxes have also been known to open locks – basic ones, of course, but still! It’s important to install good locks and bolts on your chicken coop,” says Chris. 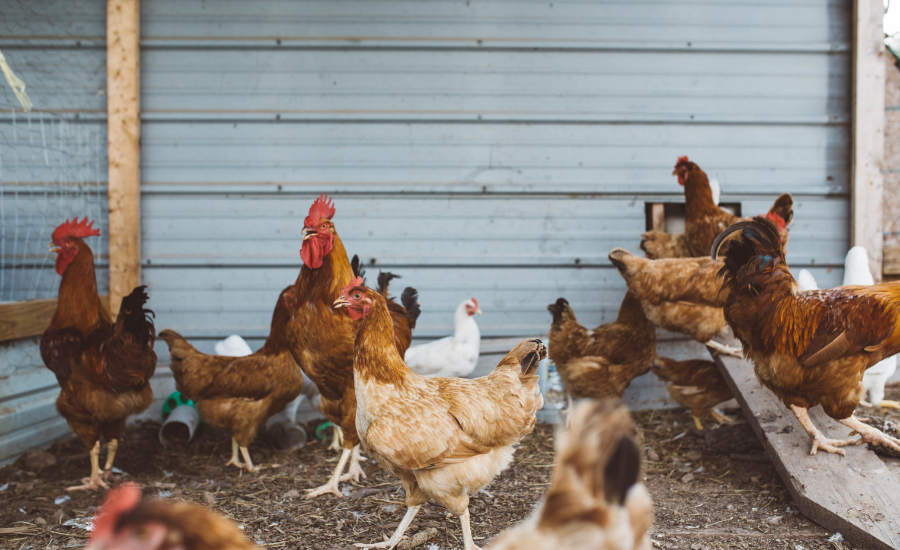 Chickens are pretty self-sufficient and low maintenance farm animals, but they still need some love.

“We recommend worming your chickens 3 or 4 times a year as they can be prone to picking up internal parasites,” Charlie says.  “We sell an in-water worming medication that is easy for owners to give to their chickens.” 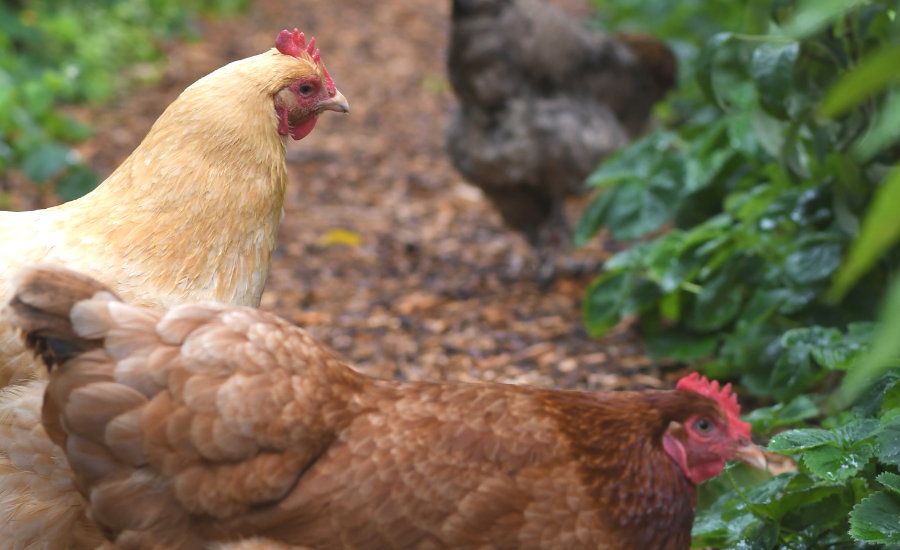 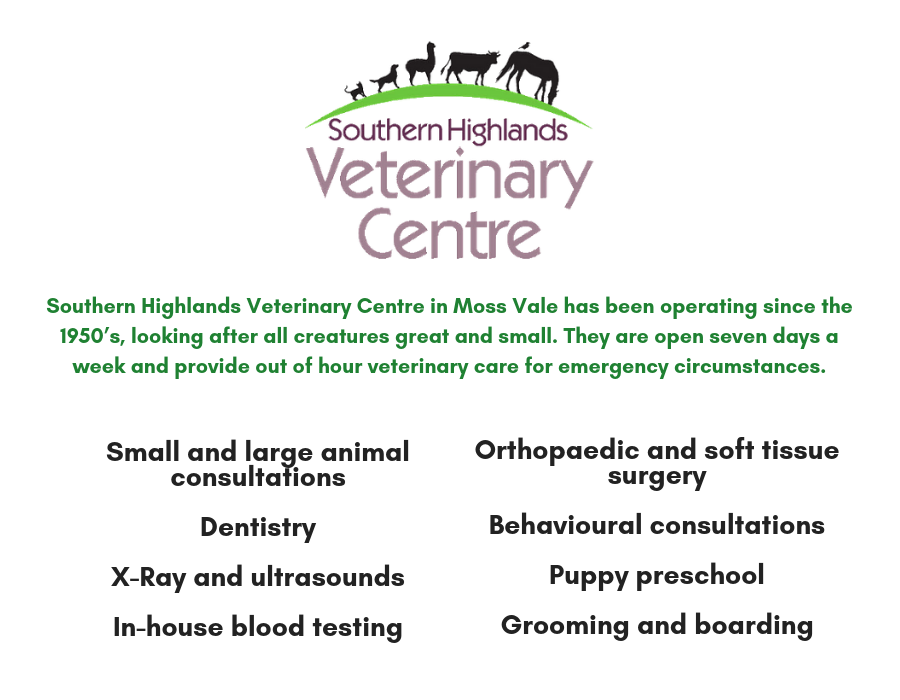 Animals and Pets
Categories
Adventure 29 Animals and Pets 12 Business and Careers 41 Christmas Time 15 Cycling Adventures 7 Eat and Drink 112 Entertainment 53 Family 45 Fashion 16 Finance and Money Matters 5 Fitness and Exercise 10 Getting Out and About 44 Guides 3 Hair and Beauty 3 Health and Wellbeing 62 Highlands Life 120 Home and Garden 46 News Hub 25 Outdoor Adventure 9 People 44 Shopping 46 Walking Adventures 13 Wedding and Events 12
Popular Articles
1
Take Your Kitchen Styling, Build and Design To The Next Level At Highlands Selection Centre
in Home and Garden
2
MEET THE AUTHOR // Pam Slattery
in People
3
HIGHLANDS CREATIVES // Rebecca Farquhar
in Highlands Life
4
The Story Behind Groove Away The Blues, a Fab Local Fundraiser
in Entertainment
5
Ditch The Kids! Adults Only Day in The Highlands
in Shopping, Entertainment, Eat and Drink, Highlands Life

The Proof Is In The Pudding [And The Fast Internet Speeds!]   We’ve all been there! Frustrated at slow internet speeds, streaming movies that glitch right at the good bit, trying to work from home while the kids are online and chewing up all the bandwidth, Zoom calls freezing right when you’re looking your absol...

June 16, 2021
Fitness Solutions For Busy Highlanders From Simply Fitness
in Fitness and Exercise, Health and Wellbeing
November 23, 2020
Dog Parks And Off-Leash Areas Around Town
in Animals and Pets
January 15, 2018